BUYING a home is an emotional experience. Especially if you are a first homebuyer.

But if you are looking to break into the property ladder for the first time, take note of this advice. Do not buy in Sydney. Even if you are a Sydneysider.

If Sydney’s inflated house prices aren’t enough to deter you — the median house price is now 12.2 times the median income, according to the 13th Annual Demographia International Housing Affordability Survey — maybe Grant Kirkby’s experience will. And he has done both.

Mr Kirkby, 34, bought his first home in Sydney in early 2012. It was a one-bedroom apartment in Queens Park, in Sydney’s eastern suburbs, which he purchased for $500,000.

“I wanted to buy here because I grew up in Sydney and I was living in the east at the time. I was approaching 30 and I wanted to buy a property,” he told news.com.au.

“And then there were those pressures from other people too.”

At the time, like many first home buyers can relate to, he didn’t consider becoming a ‘rentvestor’. He grew up in Sydney, he knew Sydney, so he bought the Sydney apartment and moved in.

But what he soon realised was how much money he was paying just to keep up with the mortgage repayments — not leaving much income behind to progress on the property ladder or build wealth. Instead, he found himself locked out of the property market again.

About a year later, he decided to rent out his Queens Park apartment, and rent in Manly himself. Instantly, he was meeting the mortgage repayments, and some.

“When I initially lived there I was just covering the mortgage. I was paying just over $2000 a month on mortgage repayments. I lived in there for about a year and within that time property prices started going through the roof and suddenly I realised it was highly positively geared,” Mr Kirkby told news.com.au.

“The rent I was getting on it when I moved was almost $700 a week. This is when I decided I should become a rentvestor.”

Grant Kirkby bought his first home in Sydney, only to find the move had locked him out of the property market again.Source:News Corp Australia

Admittedly, Mr Kirkby was lucky to buy in Sydney at the time he did, when prices were still relatively affordable. According to data from CoreLogic, since the growth cycle commenced in June 2012, after he purchased his one-bedroom flat, Sydney dwelling values have increased by a cumulative 70.5 per cent, making it next to impossible for first homebuyers to even think about it now. But the lesson is the same: Sydney always wins.

“I was 100 per cent lucky with that first property. I just bought at the right time. Like anyone that bought at that time, I had a lot of equity growth,” he told news.com.au.

But thinking he had struck gold, Mr Kirkby decided to try and invest in Sydney again.

“I was completely surprised at the amount I could get for rent. The rents were huge. That’s why I started looking there again,” he told news.com.au.

“I was close to buying a couple [of investment properties] in Sydney but I just couldn’t make the numbers work. The prices just kept going up and the yields just kept getting worse.”

Finding himself stuck in a corner again, this is where Mr Kirby learnt his greatest lesson as a first homebuyer. A lesson that has now led him to owning three more investment properties and the freedom to take off and travel for five months with his partner last year.

My Kirkby turned his eye to Queensland and things started to look up.

“I started looking up north — to places like Brisbane and the Gold Coast. You can actually get better rental yields and there is good potential equity growth too.”

Now, since looking outside of Sydney, Mr Kirkby has added three more properties to his portfolio in the past two years alone — and for not much more than the cost of the one apartment he bought back in 2012.

“Now my strategy is a more long-term,” he told news.com.au.

“The theory is, when you look at your entire portfolio you want it to be cash flow positive,” Mr Kirkby told news.com.au.

“You can have a couple of slightly negatively geared or neutrally geared properties that are the ones that are going to grow in equity — and you do need the equity to keep buying more — but you also have to offset it [with cash flow].”

My Kirkby’s strategy is to have two thirds of his portfolio focused on capital gains, with the rest focused on cash flow.

“They offset your neutrally geared or slightly negatively geared properties, so across your whole portfolio you are coming out ahead,” he said.

“Over time, that’s how your portfolio will start making you passive income.”

Further, not hedging all your bets on rising property prices in Sydney also protects you against property downturns.

“It is less risky. If all these properties in Sydney suddenly stop growing, then all these investors who are highly negative geared because yields are so low are just burning money in interest. That is a terrible investment,” he said.

“So by having a portfolio that is positively geared, in my mind, if the properties stop growing in value, they are still servicing themselves.”

THE YEAR OF THE RENTVESTOR

“Housing affordability continues to deteriorate due to high property price growth in a low wage growth environment … When it now requires 12.2 times the average income to purchase the average house in Sydney, you can see why many have given up owning their own home,” he said.

“Instead of giving up on property ownership forever, I have seen a massive increase in younger Australians renting where they want to live and owning where they can afford.”

He also said young investors are becoming more aware of getting fooled by promises of house price gains.

“I have noticed a big difference in buyer behaviour around the age-old negatively geared versus positively geared property investing debate. Most young Australians are not sold on losing cash flow on their property with the hope to get a fraction of that lose back in tax time,” he told news.com.au.

“This has pushed many buyers to seek high yielding properties that create them a cash flow, which influences where they buy.”

According to Mr O’Neill, there are “many opportunities” to purchase positively geared properties outside of Sydney.

“For example, we have been helping our clients buy dual occupancy properties. These properties cost under $500,000 outside of Sydney and rent for over $700 per week. With incomes like that, you can imagine why it is so much more attractive than buying a one-bedroom unit renting for $450 per week with strata in Sydney for the same price.”

The hot spots for his first homebuyer rentvestor clients are the middle ring suburbs of Brisbane, Adelaide, Hobart, and to a lesser degree, large regional towns.

“The price for a middle ring suburb house in Brisbane ranges from $350,000-$500,000. So, with the average income in Sydney sitting just under $90,000, the affordability crisis in Australia is suddenly not sounding as bad as the media reports,” Mr O’Neill said.

As for Mr Kirkby, he plans on purchasing three more investment properties this year, with the ultimate aim to build a portfolio of 20 to 30 properties to fund his retirement. A goal that would not be possible if he didn’t ditch the harbour city. 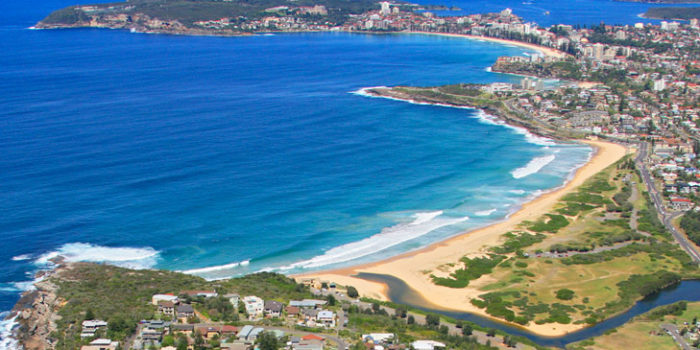 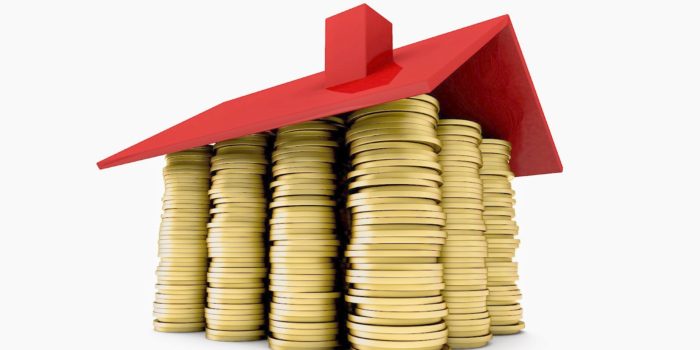