It is being billed as the battle of the beaches…

It is being billed as the battle of the beaches – the frenzied fight to buy a home at either Sydney’s northern or eastern beaches, two of the hottest areas in the lead-up to spring.

On the weekend before spring both regions dominated the auction markets with a 91.9 per cent and an 89.7 per cent clearance rate respectively, compared with Sydney’s overall 80.1 per cent rate, although rates were not as high last weekend.

“It’s obviously their location that makes them so popular – they’re not going anywhere,” says Domain chief economist Dr Andrew Wilson. “People just love to live near water and they’re all well-established areas and in the case of the eastern beaches, they have a strong cache in terms of prestige.

“The eastern beaches have always performed strongly, but now the northern beaches are getting stronger, too. They used to be more of a holiday destination, almost a regional market, but now they’re well and truly suburbia.”

The scarcity of auction listings compared with this time last year – down 6.3 per cent on the northern beaches and 16.6 per cent in the east – are adding to this growth, while all those beaches have a good proportion of newer apartments and architect-designed houses in among the older, often lower-priced, stock.

On the northern beaches, from Palm Beach and Whale Beach (see our cover property) all the way down to Manly, the suburbs performing the best are Manly, Dee Why and Avalon.

Adam Moore, of Stone Real Estate, says Manly is particularly popular now as it has become more gentrified. “It’s gone upmarket with lots of good restaurant and cafes, yet it’s still very family friendly,” he says. “It’s got both the harbour and the ocean, as well as having good access to the city.

“People love that beach lifestyle, and here you’ve got the best of both worlds; always somewhere either sheltered, or in the sun, to go to.”

Dee Why similarly has great eating places and a good beach vibe, says local Nikki Vautin, while Avalon has become much more fashionable, with a $1,438,000 house median and a $690,000 apartment median as compared to, say, Bondi Beach’s medians of $2.2 million and $900,000.

“We’ve had a real increase in the number of buyers coming to Avalon from the eastern suburbs lately because they see such value for money now,” says Cherie Sevenoaks, of LJ Hooker Newport. “They can see a good lifestyle here, with fabulous restaurants and shops and a great community, and they can sell back home, pay off their debt, and buy something for a lower price here.”

The hottest spots on the eastern beaches are Bondi Beach, Coogee and Bronte, says Dr Wilson.

At Bondi last weekend, a two-bedroom apartment on Edward Street sold for $252,000 above its reserve price, through Phillips Pantzer Donnelley.

“Everyone just wants to live here,” says principal Mary Anne Cronin. “It’s a little piece of paradise. It’s a beautiful beach and it now has some of the most fabulous restaurants and cafes, they’re improving the parkland and the pavilion – at some time – and it’s still only 10 minutes from the city.”

Coogee, too, is roaring ahead. “We have a lot of young families moving here now because of the vibrant lifestyle,” says Stephen McMorrow, of McGrath Edgecliff. “It’s got a safe beach, with both day-life and nightlife, there are good restaurants, it’s close to The Spot and all its eateries and there’s The Oval … It has everything.”

Dee Why has the answers Nikki Vautin in her Dee Why apartment. Photo: James Brickwood

Northern beaches local Nikki Vautin isn’t at all surprised her area is doing so well in the auction clearance stakes. She simply wouldn’t want to live anywhere else – and knows that an increasing number of people are coming to feel the same.

“Dee Why, for instance, used to have a little bit of a stigma about it five or 10 years ago,” she says. “But so much work has been done around the suburb by the council and so many good buildings have now gone up.

“There’s a lot of new restaurants and cafes on the beachfront and so much more alfresco dining. There are some beautiful houses and apartments around now, too.

Vautin, 30, a homewares buyer, bought an apartment in Dee Why five years ago and sold it in December last year, immediately buying another one a few blocks along at 5/94 Dee Why Parade.

She has completely renovated that north-facing, three-bedroom, two-bathroom apartment on the top floor, with great views across the lagoon and ocean. It’s to go to auction for an expected $1.3 million.

“I’ll then buy somewhere else, but definitely in the northern beaches between Manly and Dee Why,” Vautin says. “It’s such a great area. And it’s a great journey into the city, with a bus to Manly and then the ferry.

“It’s been beautiful living here but I enjoyed the renovation process so much, I’m eager to get started on another one.” Whale Beach has missed out on much of Sydney’s price growth over the past three years, so it suddenly came back onto everyone’s radar, says Peter Robinson, of LJ Hooker Palm Beach.

That means houses like this four-bedroom, two-bathroom beauty right on the clifftop, overlooking the green-blue waters of Dolphin Bay, are such great buying.

“Properties here haven’t appreciated in price at the rate of ones closer to Sydney,” says Robinson. “So people are now seeing they represent great value for money. And we also have a lot more property available for sale, so we have plenty of choice too.”

This classic renovated timber and masonry beach house, for sale by negotiation, is set on 950 square metres of oceanfront land, with dramatic views to the water from all the rooms. It’s open plan, flowing onto timber entertainment decks, with a large private terrace and fireplace off the master bedroom.

“It’s a real character beach house that looks as if it’d be equally at home in Positano on the Amalfi Coast,” says Robinson. “It’s a stunning home and there are few locations in the world like that.”

The house has a spacious entertainers’ kitchen with European appliances, and additional bedroom or study or parents’ retreat on the top floor. A short stroll to Little Manly Beach and with wonderful harbour views, this two-bedroom apartment in Kilburn Towers has a modern open-plan kitchen, timber floors and a balcony with the same great views. It also has a shared garden and an on-site building manager. With high ceilings, french doors to an undercover courtyard and a backyard with gardens, this two-bedroom freestanding house is an easy walk to the beach. The bedrooms are well-proportioned with built-ins, the kitchen is spacious and there’s also potential to add a second storey. With views of Careel Bay, this three-bedroom-plus-study house has open-plan living spaces, both formal and family, that flow onto the outdoor entertainment deck, overlooking Pittwater. It’s on a quiet cul-de-sac, among trees, with the added advantage of a wine cellar. 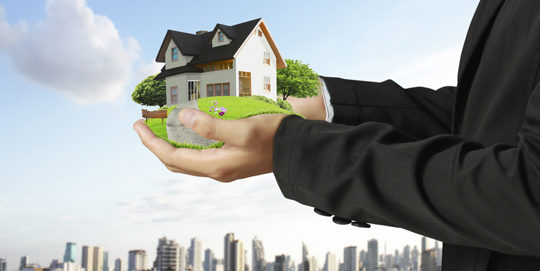 A beginner’s guide to buying property through an SMSF