While the Sydney property market is plateauing, prices, numbers at open homes, and auction clearance rates in some areas have been hit harder than others, say agents. 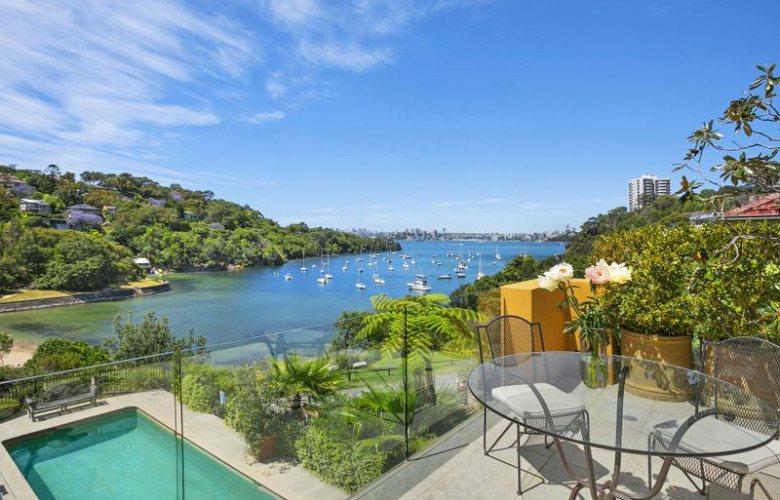 Last week’s auction clearance rates indicate the Sydney market is patchy, with some regions still reporting strong clearance rates, while others are languishing.

“The regions where clearance rates are hitting the highs of last year are the highly sought after Northern Beaches, Eastern Suburbs, and North Shore where 75 per cent to 80 per cent plus results are not uncommon,” John Cunningham, president of the REINSW, told SCHWARTZWILLIAMS.

Stephen Patrick of Richardson & Wrench Mosman told SCHWARTZWILLIAMS the Lower North Shore market is plateauing. With the costs of buying and selling high, and fewer Chinese buyers in the market, there was “a little bit of cooling” in the market, he said.

Nevertheless, Patrick sold a five-bedroom house at 7 Curlew Camp Road, Mosman, for $6.5 million last week at auction. There were three interested parties, said Patrick, but only two bidders on the day. The final price was in line with expectations, he said.

Richard Patterson of Richardson & Wrench Lindfield told SCHWARTZWILLIAMS numbers at open homes on the Upper North Shore are down. “There certainly has been a change in the market,” he said. “Properties are passing in at auction. There are decreased numbers at open houses.”

Patterson said press speculation about weaker markets were causing buyers to “back off” from the market. 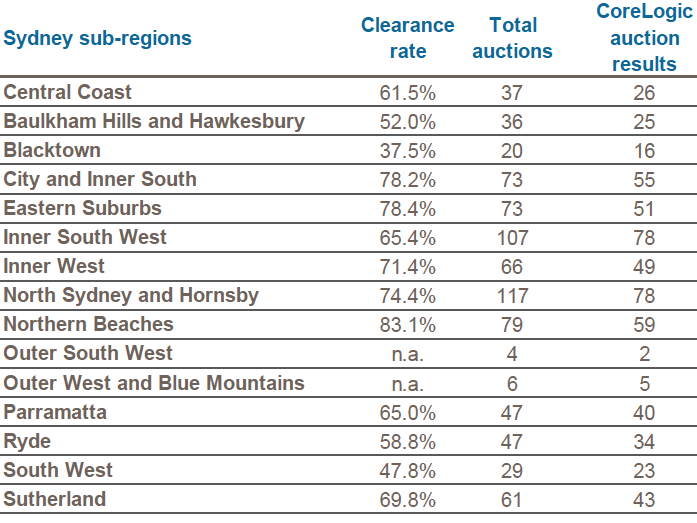 Sydney‘s preliminary clearance rate last week was 68.8 per cent according to CoreLogic, with the harbour city’s final clearance rate now stuck below 65 per cent since the first week of October.

Tasmania, the nation’s smallest auction market, recorded the highest preliminary clearance rate with 80.0 per cent of the 5 reported auctions selling under the hammer, according to CoreLogic data.

Cunningham said many properties are selling before auction with vendors keen to secure a sale. “We are seeing around 50 per cent (of properties) selling prior to auction as agents and vendors come to terms with less buyer commitment and the surge of new listings that have hit the market since the school holidays,” he said.

“However, all is looking well for a bumper traditional November selling season, with stable prices and plenty of buyer activity to match the supply,” said Cunningham.

“While the spring auction market hasn’t quite reached the heights of last year, the 75 per cent year-to-date clearance rate suggests buyer and vendor confidence remains high across the city,” said King.

“Vendors in the city’s inner east experienced strong results under the hammer this weekend with Richmond, Kew and Balwyn North recording 11, 10 and nine auction sales respectively.”

“A new price record was set in Parkville this weekend with a three-bedroom home selling under the hammer for $5.6 million – $90,000 more than the previous record.”